As usual, this meeting will be an open lab time where we will work on projects. Come with ideas for projects, things you may have already started, or we’ll try to match you up with an already existing project or idea.

Last month Open Twin Cities helped to organize the Open Government Summit at the Minnesota Government IT Symposiumu. There was a lot of great discussion among Minnesota government IT professionals, including some great responses to a few open questions we put up on the walls: 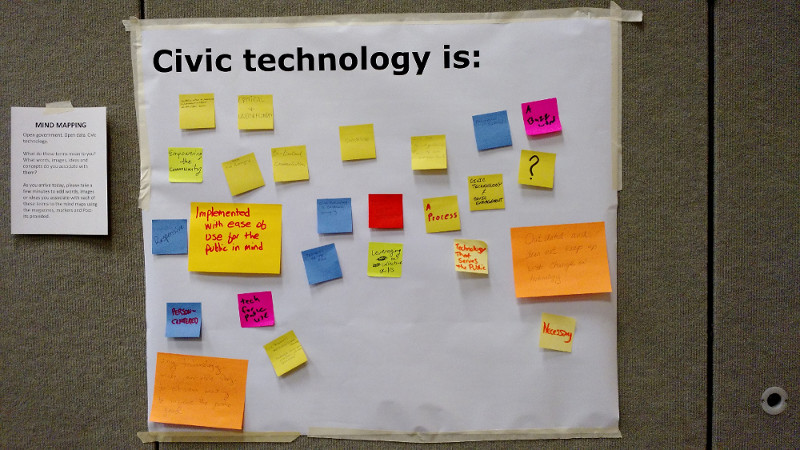 We’re bringing these responses to the meetup, so please come by to find out what Minnesota government IT professionals have to say about civic tech, open data, and open government.

In addition to the IT Symposium, we’re also going to talk about Geo:Code 2016, the metro-wide civic tech event coming up in March. This will be the second annual Geo:Code hosted by Hennepin County with help from Open Twin Cities, and this year, a whole bunch of government, academic, and non-profit partners. Come find out what Geo:Code is all about, and talk about some ideas for issues to focus on during the event.

As with any event hosted by Open Twin Cities, our Code of Conduct will be in effect during this meetup. Respect each other. Don’t be a jerk.